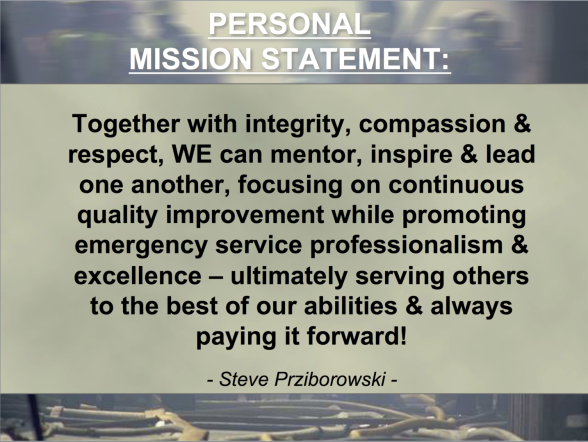 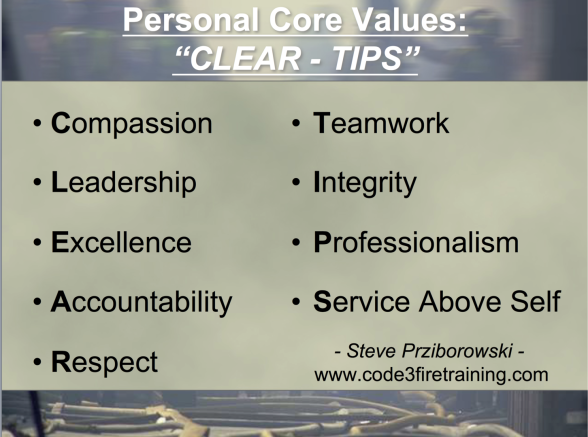 Steve Prziborowski has over 30 years of fire service experience, recently retiring as a Deputy Chief with the Santa Clara County Fire Department in the Silicon Valley area of Northern California.

Steve is also an instructor for the Chabot College (Hayward, CA) Fire Technology Program, where he has been instructing fire technology classes since 1993. Four and a half years at Chabot were also spent as the Fire Technology Coordinator, and seven years were spent as the EMT Program Director and Primary Instructor. Steve currently serves as the primary instructor for the Fire Technology 1 (Principles of Emergency Services) class as well as the oral interview preparation section of the Firefighter 1 Academy, and has also served as the Chabot College Fire Technology Program webmaster since 2002, maintaining the program website - www.chabotfire.com, a website dedicated to assisting those interested in a career in the fire service.

Steve was awarded the 2020 Ronny Jack Coleman Leadership Legacy Award by the Commission on Professional Credentialing, is a former Executive Board Member for the California Fire Chiefs Association, having served as the Northern Director from 2014 through 2019, as well as a past President of the Northern California Training Officers Association. Steve was named the 2008 Ed Bent, California Fire Instructor of the Year, is a state-certified Chief Officer and Master Instructor, and has received Chief Fire Officer and Chief Training Officer Designation through the Commission on Professional Credentialing. He has earned a master's degree in emergency services administration, a bachelor's degree in criminal justice with a minor in business administration, an associate's degree in fire service technology, and has completed the Executive Fire Officer Program at the National Fire Academy.

Steve is a regular speaker and presenter at fire service events and conferences across the country, having presented or having scheduled over 400 sessions, courses and webinars in 37 states (and even Canada), at multiple colleges, fire departments, events and conferences. He has authored and contributed to over 200 articles, podcasts, videos, blogs and books in the leading fire service publications. Steve is a contributing editor to Firehouse Magazine, Firehouse.com and FireNuggets.com, has mentored and coached hundreds if not thousands of entry level and promotional level candidates from around the United States.

Steve also published four (4) career development books: How to Excel at Fire Department Promotional Exams, Reach for the Firefighter Badge, and The Future Firefighter's Preparation Guide, as well as his latest from Fire Engineering Books & Videos titled 101 Tips to Ace Your Next Promotional Examination, all of which are available in paperback or as an eBook on this website. He also signed a contract with Fire Engineering Books & Videos to have his 5th book published on Courage Under Fire Leadership.

Steve is also finalizing some additional books on "Courage Under Fire Leadership." 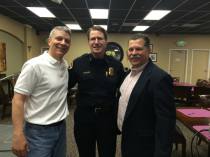 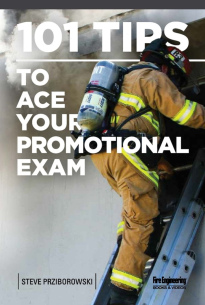 How To Excel At Fire Department Promotional Exams by Steve Prziborowski 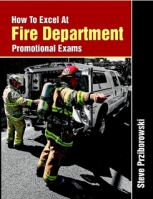 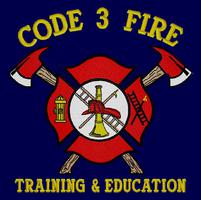